Voltage has an essential role in any electric circuit; it’s why the particles move from one direction to the other. No circuit can operate without a voltage source; there will be no force to move the particles to operate the device. The same goes for the electric current because the voltage is responsible for its pressure, so is voltage inversely proportional to current?

Is Voltage Inversely Proportional to Current?

Is Voltage Inversely Proportional to Resistance?

Meanwhile, the current will be the flowing water, and the resistance is a rock in the river path. The voltage or the pressure will stay the same regardless of the size of the rock in its path; the pressure stays the same. If the rock gets bigger, this won’t change the pressure of the water, even if it blocks the path.

The only thing that will get affected is the water passing, which is current; if the path is blocked, there will be no flow of water, but they will have the same pressure.

What Does Voltage Mean?

The voltage refers to the pressure that results from the power source; this pressure is used to push the current’s particles to move through a conductor, which is a work that is used to power up devices such as electric blubs. The voltage is measured in voltage V; the voltage can also be seen in the symbol E.

This is due to, in the beginning, the voltage was referred to as electromotive force (EMF); you can see this in early equations of electricity as Ohm’s law. If you have a simple circuit consisting of a lamp, wire, and battery, the voltage’s source will be the battery; there will be a potential difference between the battery’s poles.

What Is the Difference Between AC Voltage and DC Voltage?

The voltage can differ as the current differs; the current has two types which are alternating current “AC” and direct current “DC,” and each one has different features and uses, for example:

Are Voltage and Potential Difference The Same Thing?

For example, if you want a small number of volts, you can use an alkaline battery, generating 1.5 volts. However, big devices in households need a more considerable number, so the power source in houses could be 120 or 220-240 volts.

What Happens When a Wire Is Stretched To Double Its Length?

Is Current Inversely Proportional to Resistance? 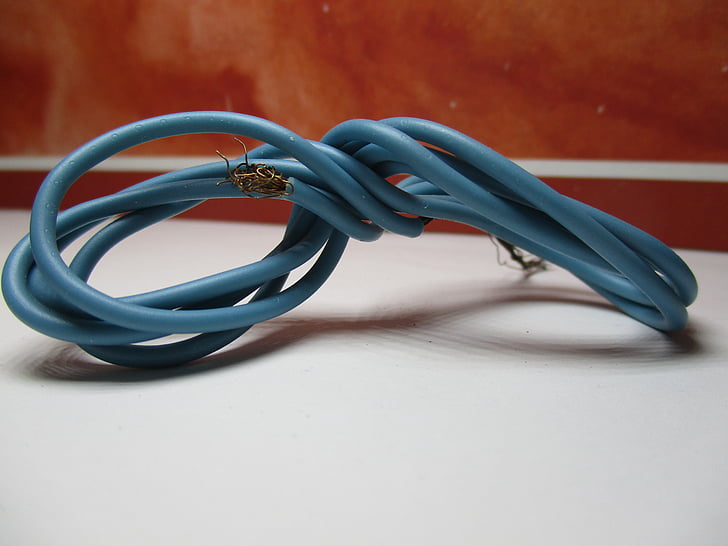 What Are The Factors That Affect The Resistance?

Where ρ stands for resistivity, which depends on the material’s nature, L refers to the wire’s length, and A stands for the wire’s cross-sectional area.

How To Decrease Wire’s Resistance?