Why Is Voltage Constant in Parallel Circuit but Not in Series?

Because in the parallel circuit, there are only two common electrically points, and the voltage, when measured between two common points, will be the same at any time. Therefore, if you have a circuit with three resistors named R1, R2, and R3. Suppose you measured the voltage difference across any resistor of them, it will be the same.

In other words, for any resistor you connect, you will use wires to connect them. Assuming these wires have the same resistance or zero resistance, therefore, the voltage at each end of the wires will be the same because they are connected directly with the source. Meanwhile, in the series circuits, it’s a different case.

The resistors in the series circuit are connected to make the current create a new potential difference as it passes to a new resistor.  So, the voltage of the source is shared between all the resistors. Suppose you want to measure the total voltage of a series circuit. It will be the sum of all voltage drops across each resistor.

What Does Parallel Circuit Mean?

Suppose that you have a circuit consisting of three resistors named Rx, Ry, and Rz, and all the resistors are connected in a parallel connection. In addition, with a battery or a power source, there will be a voltage and a current passing through. The total current “I” will be divided between the resistors giving  Ix, Iy, and Iz.

So you can calculate any value you want in the circuit by substituting in this equation V=IR. For example:

How To Calculate Voltage in Parallel Circuit?

Suppose we have thee resistors with these values 180 ohms, 90 ohms, and 45 ohms, and the current passing through the circuit is 3.5 amperes. The first step to calculating the voltage is to know the resistance of the circuit. The total or the equivalent resistance can be calculated using this equation:

Then you can use the resistance we just calculated and substitute in this equation V=IR= 25.7 x 3.5 = 90 volts. Since we know that the voltage is the same across any point in the circuit. We can calculate the current passing through each branch:

What Is the Advantage of Constant Voltage in Parallel?

On the contrary, the series circuits don’t have the same feature. The brightness of the bulbs will be affected by the number of the bulbs connected. The brightness will continue to decrease as you connect more bulbs to the circuit. This is why parallel circuits are used in every household or light system.

No, the constant term can’t be used when describing the voltage across the parallel circuit because the term specifies that the voltage is a fixed value in every circuit. It differs from one power source to another, but it’s the same across the resistors for the same power supply.

For example, if you have three trees in a park, the trees can have the same height but for the ground level but this doesn’t mean that the height value is constant.

What Are The Uses of Parallel Circuits?

What Color Wires Can Go Together? Complete Guide 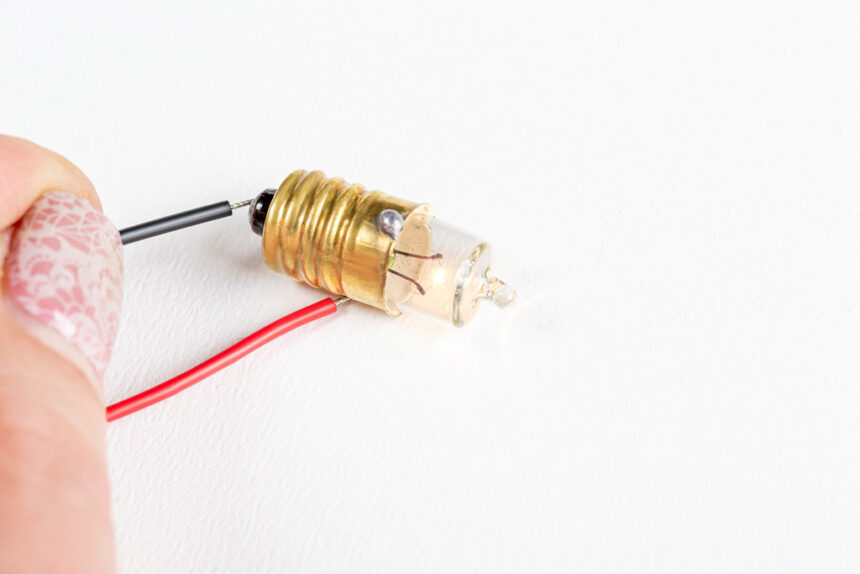 What Does Series Circuit Mean?

If there are any disconnections or gaps, they will cause the applications to fail, and there will be no power. Series circuits have two types natural and artificial circuits. Artificial circuits need a breaker or fuse to be installed to prevent any power surge or hazards. The current passing through the circuit is constant.

Because there are no branches in the circuit so the current entering the first resistor is the same as entering the second resistor. This means the voltage will not be the same across the resistors of different resistances.

How To Calculate Voltage in Series Circuit?

Suppose we have thee resistors with these values 25 ohms, 50 ohms, and 75 ohms, and the current passing through the circuit is 3.5 amperes. The first step to calculating the voltage is to know the resistance of the circuit. The total or the equivalent resistance can be calculated using this equation:

Then you can use the resistance we just calculated and substitute in this equation V=IR = 150x 3.5 = 525 volts. Since we know that the current is the same through any point in the circuit. We can calculate the voltage across each resistor:

What Are The Uses of Series Circuits?

Although series circuits have different voltage across resistors, they are used in many applications. Since they are easy to learn and handle, electronic designers can customize and apply changes to perform certain functions. For example:

The parallel circuits have more advantages over the series ones, this makes them widely used in many applications and systems, such as home wiring, however, series circuits are also used in certain applications.