Resistors are passive two-terminal electrical components that implement electrical resistance as a circuit element. They are used to reduce current flow, voltage drop, or electrical noise and find applications in electronic devices such as motors, televisions, audio amplifiers, and other electronic equipment. Resistors are color-coded to make it easier to identify the resistor’s value by looking at the color bands on the resistor.

If you are trying to repair an electronic device or troubleshoot a circuit, then you may be asking:

How do I identify and test a resistor using a multimeter?

You can quickly identify a resistor by the color bands printed on it. The first two or three bands represent a numerical value, while the rest indicate the resistor’s tolerance. Resistors are one of the most important components in an electronic circuit.

There are several different types of resistors to choose from, all with specific applications.

How To Identify A Resistor Using Color Codes?

Three main colors are used in resistor color codes to indicate their value. Resistors are usually identifiable on a schematic by their color stripes. Each color represents a number that can be converted back into a resistance value using a simple formula.

The different colors on a resistor are identified as follows:

How To Identify And Calculate A Three-Band Resistor Using Color Codes?

For a three-band resistor, there are only three color stripes. The first two bands represent the first two numbers of the resistor values, and the third band represents the multiplier.  For example, if a resistor has three bands arranged in the order red, black, and brown.

How To Identify And Calculate A Four-Band Resistor Using Color Code?

For a four-band resistor, the value can be calculated using the color code by identifying the values for each color band. The first two bands are the value of the resistance, the third band is the multiplier band, and the fourth band is the tolerance band.

If you have a resistor with brown, black, red, and gold color bands arranged in order, the corresponding value of resistance will be calculated as follows:

How To Calculate A Five-Band Resistor Using Color Code?

If the five color bands are brown, black, orange, red, and gold, respectively, then the value of the resistance is calculated as follows

How To Calculate A Six-Band Resistor Using Color Code?

Suppose the six colors in a resistor are brown, black, orange, red, gold, brown. Then, the resistance of the resistor will be calculated as follows:

How To Test And Measure A Resistor Using A Multimeter?

How To Test A Resistor Using A Digital Multimeter?

How To Identify Neutral Wire With Multimeter?

How To Check If Wire is Broken With a Multimeter?

How To Add A Neutral Wire For Smart Switch?

How to Identify Wires in a 3-Way Switch?

How To Identify Wire Gauge?

How To Find A Reverse Light Wire?

How To Test A Resistor Using An Analog Multimeter? 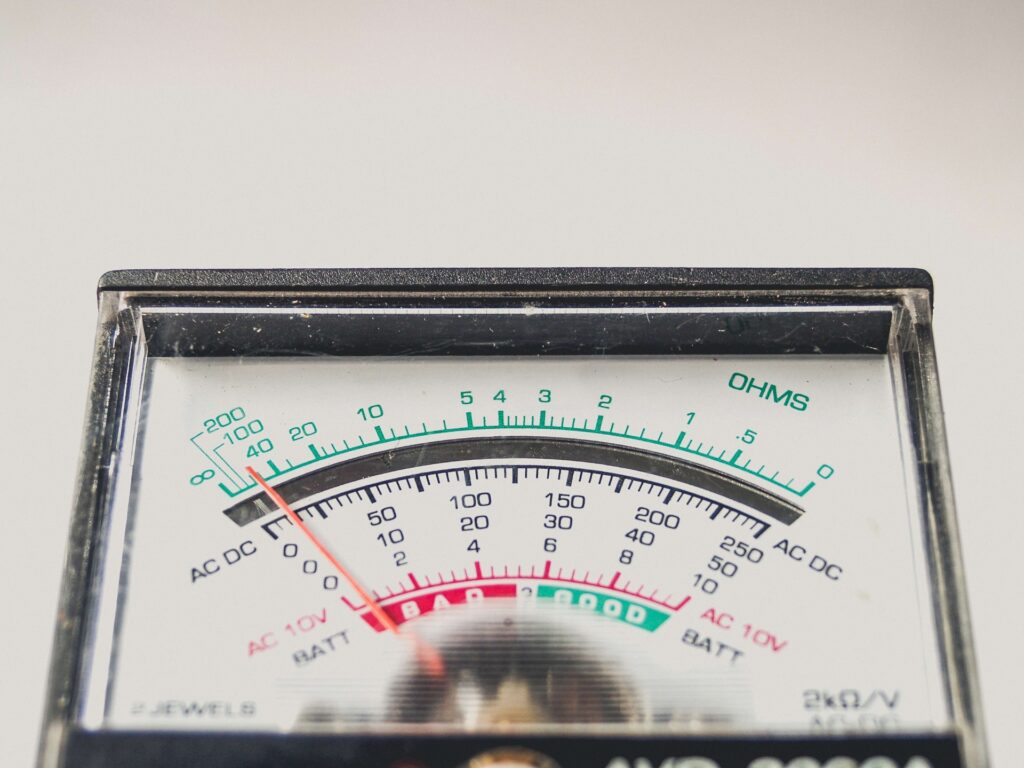 Things To Note When Measuring Resistance Using A Multimeter

In measuring the resistance of a resistor in a circuit, there are certain precautions to note to ensure precise and safe measurement. Some of the precautions include:

I am Inemesit Etim and I am honest, reliable, confident, and responsible in my work. I am a highly talented, detail-oriented creative content writer with 3+ years of experience writing helpful content that gives value to readers like you. My articles are a product of intense research, both from personal experiences and from reading through the experiences of others. I love home improvement and I am glad I can help you improve the quality of your home and living experience.