Generally, it is said that local isolation is important for almost all kinds of electric appliances for maintenance, safety, and repair. But people are often confused about the isolation of kitchen appliances. Many people often don’t get a proper answer regarding this question, so keep reading the article till the end if you are one of such people.

This article will answer your question about using isolators for kitchen appliances. Not just that, you will also get to know a lot more important information related to this topic. Let’s get started!

So, are isolators needed for kitchen appliances?

Kitchen appliances such as microwaves, refrigerators, ovens, and freezers need an isolator, while smaller devices such as blenders and choppers will do just fine with the normal electric sockets. Almost all appliances need isolators when repairing or replacing is required.

Is it necessary to install isolators in every kitchen?

It’s not necessary but when it’s about safety, the isolation of kitchen appliances also becomes extremely important. Normally a domestic kitchen doesn’t require isolation and functional switching (‘on’ and ‘off’ switches); however, things can go wrong if some accident happens in a domestic kitchen.

For example, if an electric oven or hob catches fire, you will need to switch every appliance present in the kitchen as quickly as possible. However, it’s impossible to do so unless you have emergency switching.

To avoid such hazards, and for the safety of maintenance workers and yourself, isolation becomes important. It gives you a lifetime service and keeps everyone and everything safe from possible electric hazards.

Tips for installing the isolators at the right place

1. Do not place the isolator switches at the back of the appliances.

Remember that the sockets without a remote isolator shouldn’t be considered easily accessible sockets. If the switch is at the back of any kitchen appliance, it is dangerous because there might be a problem with it, and you wouldn’t even know until something bad happens.

Another problem that many people often face is all the pots, pans, or boxes stacked in front of an isolator switch. To avoid such an issue, do not place the isolator switches at places where you will make space for your kitchenware, spice boxes, or something else.

One more thing to remember is to never install an isolator near your kitchen sink or stove. The water and heat can be very dangerous! The thumb rule is to keep at least a 30 cm distance between the isolator socket and the sink or stove.

Now some people must be wondering whether a kitchen cabinet’s back would be considered the right place or not? Well, it depends. This is because professional electricians have a mixed opinion on this topic. I’d say that you can install the isolator switch at the back of a cabinet if there’s no other option, but the problems we mentioned above remain. You’ll have to see if any obstructions are present, or would it be safe to install it behind a cabinet as it’ll stay hidden from your eyes? If the problems don’t come in between here, go for it! 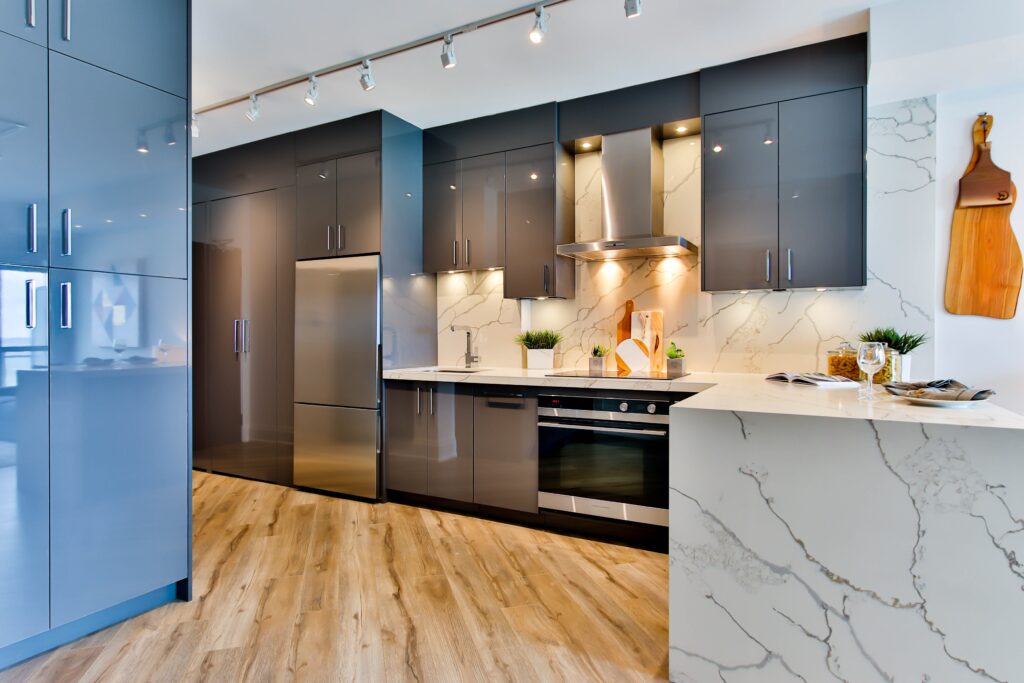 2. Install the isolators near the appliances

Is it important to use isolators for refrigerators?

It is important to use isolators for refrigerators because they are big appliances and require a higher voltage to function. This can be dangerous when replacing or repairing something. It makes it important for every refrigerator to have isolators.

Just like any other appliance in your house, especially electric heating showers, refrigerators and electric water dispensers stay very close to the water and have high proximity to it. Not just that, larger refrigerators require isolators more than smaller ones. This is because isolators provide ease when you need any repairs or maintenance.

When having proximity to water (which is a conductor), an electrical appliance is very dangerous and can be fatal if not handled properly.

Another thing to remember is that most such appliances consist of sockets that are often out of reach, and you cannot reach them without making direct contact with the appliance, which is dangerous. This is exactly why you need isolators for your refrigerators, freezers, and even electric water dispensers.

An isolator switch is a device used to separate a circuit from the rest of the electric circuit to carry out safe maintenance and prevent the current from passing through. These are used for isolating kitchen appliances and other appliances used, such as air conditioners, power grids, electric heaters, etc.

Not only do these switches separate the circuits, but they also are not so hard to be found on the power grids or lines.

Isolator switches have a very close relationship with circuit breakers; this relation is why many people often get confused and think that circuit breakers and isolators are used for the same purposes, even though they don’t and have a lot of differences in functioning and abilities.

There are several types of isolator switches available on the market, and each of these isolator switches is functional a little different but, of course, performs the same purpose. Some of the most popular and commonly known types based on their application include:

The safety comes from the fuses. A fuse isolator switch can power down every single circuit present, making it safer to work on the damaged part of the circuit. Not just that, it also helps to protect a circuit by blocking the electrical current from flowing into it during maintenance.

We all have kitchens in our houses, and it is important to keep them safe from any kind of hazards. The electrical appliances present in our kitchens need special care and attention. If handled poorly, these same appliances that we use for our convenience can become a life hazard. Not just that, all appliances need maintenance too, so it is important to make maintaining and repairing easier and safer for the electricians we hire.

With this article, I hope you would have known the importance of using isolators in a kitchen. You must have also gotten great knowledge about the commonly used different types of isolator switches.

Ayesha Ahmed is an English Literature graduate. Right now she is working as a teacher as well as a home, DIY writer. Apart from that she is also a home enthusiast who loves learning and writing about different home maintenance topics.