Electric circuits can sometimes be confusing, you have to understand how they work in order to modify or improve anything. Some connections can be made without any dangerous consequences, for example, if you connected two wires from the same circuit together, but other connections can’t be made, can you tie neutrals together from different circuits?

Can You Tie Neutrals Together From Different Circuits?

Because if you used a 30-ampere breaker, a circuit could carry 20 ampere, which exceeds its limit. Meanwhile, the other circuit could carry less than 10 amperes so that the breaker wouldn’t be tripped, this increases the danger rates; the circuit that carries current over its limit will be open to many hazards. For example, overloading, overheating, and fault of the devices connected to it.

Yes, you can perfectly share a neutral, this type of sharing is called a multiwire branch, but to be safe, you must follow the rules. In addition, you need to use a double-pole breaker; it would be best if you hired an electrical contractor so that he can take of these installations easily and safely.

It depends on the type of circuit; if it’s a feeder circuit, you can share either through phase delta or phase Y. However, branch circuits have other arrangements because some circuits don’t need any neutrals like the ones the feed motors.

It’s known that every application whose neutral is shared must have a breaker on the non-neutral wires, and it should trip simultaneously. The breaker can be either a handle tie breaker or a multi-pole breaker, however, problems occur when trying to do this in single-phase systems, because in this case, the same phase could have two non-neutral wires.

The two non-neutral wires could be feeding different loads. So, the returning current through the neutral will be the sum of the current in both of them, and this could lead to neutral wire overload, overheating, or meltdown.

How to Identify Line and Load Wires? – 4 Ways

Do Ground Wires Need To Be Insulated? 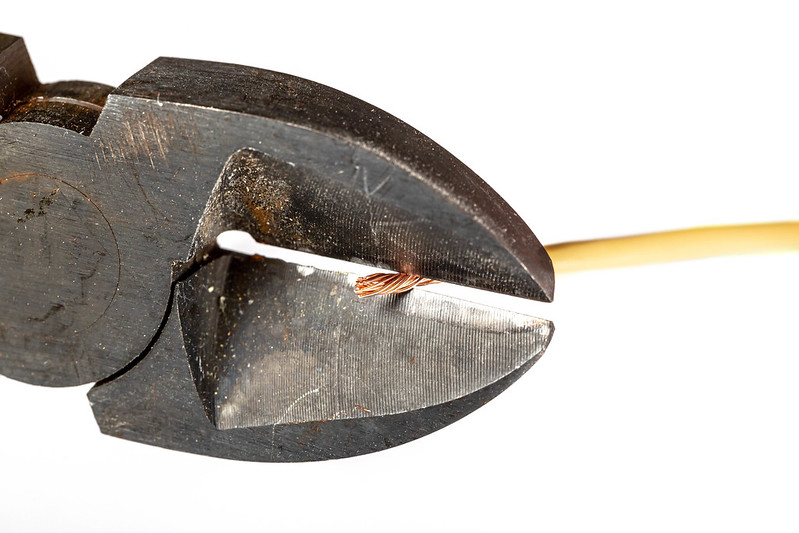 Sometimes you want to connect two neutral wires; it’s called a multiwire branch. However, connecting two neutral wires isn’t an easy thing to do; you have to be careful when working on it. For more guidance, you can follow these detailed steps:

What Are the Main Wires of Any Electric Circuit?

Any electric circuit has some main wires, and every wire has a certain role to play in the circuit. So, to do any home project related to the electrical system, first, you need to understand the electric circuit. The main components of circuit wiring are ground, neutral and hot wire, and they are responsible for power distribution and safety.

The hot or live wire is the power source for the electric circuit, and it carries the current from the source to the circuit. The first part of the circuit and it’s always carrying current, so, you must always be careful when around or dealing with hot wires. It’s very important to shut down the power source before doing any hot wires task.

Hot wires are famous for their black coloring, in most homes, the hot or live wire will have black color. However, it can have other colors like blue, red, and yellow, and sometimes these colors can refer to other jobs for the hot wire, but no matter what color the hot wire has, you must be cautious, and don’t try to touch any live wire while connected to power.

This completes the circuit, utilizes electricity flow, and prevents any power surges. Unlike hot wires, neutral wires are known for their white or gray color; neutral wires should be handled the same way the hot wires. They maybe not have currents all the time, but you need to be cautious because electricity is fatal and can cause a lot of hazards or injuries.

It’s the main barrier against any unexpected high currents, these high currents can damage the devices connected to the electric circuit. Ungrounded appliances also can cause electric shocks, so, the ground wire is used to disperse any power surge to a safe place. The only safe place is the earth or the ground.

That’s why the ground wire is called that, due to it being connected to the earth. Ground wires are known for their green color, but you may not find them in all homes. Not all old houses have ground wires, and on the contrary, all the new houses are obligated to have ground wires by the NEC. To determine whether your house is grounded or not.

To sum up, you can’t tie up two neutrals from two different electrical circuits as it will increase danger rates because the breakers will not work properly, which can lead to serious hazards such as fires. However, you can tie two neutrals if the circuits are 120 volts; you can do this by following the rule carefully and using a double-pole breaker.

On the contrary, if you have two neutral on the same circuit or box, then you can tie them together easily using a marette to tighten their connection. Understanding how circuits work and their components will make it easier for you in the future whether you want to make any improvement or repair something.