Having clogged water pipes or drains in the house is the worst nightmare that an individual can have. If left unchecked, then you might end up spending more money to carry out an overhaul of the affected parts of the building due to water blockage or leakage.

The house will become uninhabitable if the blockage issue is left unattended on time. Checking the drainage system often is the best way to avoid this small problem, which might turn out to be a bigger problem in the future and cost you your hard-earned dime.

1. Use of plumbing snake 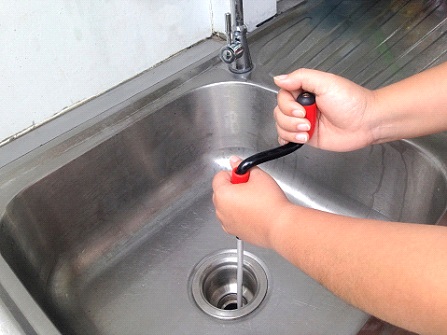 A plumbing snake is a device, which is locally available from the hardware stores near you; it is a slender and flexible device used by plumbers to unblock clogged drainages within the home. The use of the device is environmentally friendly as compared to chemical use.

After inserting a Plumbing snake into the pipe or drain, then twirl it several times to loosen the content that is blocking the drains. When the sediments loosen, then water can flow in the pipes with ease. If there are still particles, then twirl the device repeatedly until it clears the content and allows water to flow freely.

Use of homemade solution

Different kinds of homemade solutions are useable to unblock clogged drains. A combination of locally available ingredients can help unclog your water pipes, a mixture of ½ a cup of vinegar and ½ cup of baking soda followed by two pots of hot water will unclog drainage pipes. The solution made from baking soda and vinegar loosens the sediments while hot water clears it and opens the drains.

A drainage blaster is a tool that uses pressure to dislodge sediments in the clogged pipes; pressured water is channeled into clogged drains, and dislodges the particles and loosen it and forces it to flow through the pipes.

A plunger is a tool with a handle and round rubber at the end; manually used to unblock clog toilets, bathtub, or kitchen sink drains; you place the rubber to cover the clogged drains and pump in pressure manually by pumping and pulling back. After pumping repeatedly, it dislodges the sediments inside the pipes, allowing water and dirt to flow out freely. If the plunger fails to work then, try using a plumbing snake.

4. Replacement of the pipes

Replacement of the pipes happens when they are beyond repair, especially if they are metallic pipes that tend to corrode and end up clogging because of rust that leads to blocking of particles; on the other hand, PVC pipes clog and might leak, burst or break.

Water pipes have their life span; after it has reached their life span, then replacing them is the only way out, through the advice of your plumber visit the hardware store and buy new pipes, and replace the old ones.

5. Use of Drain cleaners

Drainage cleaners are a chemical solution that can unblock clogged drains, but it is corrosive to metal pipes; the solution works well in PVC and ceramic pipes commonly used in the current buildings around the world. Before using the drain cleaner solution, please make sure your water pipes are not made of metals because it will degenerate the lifespan of your water drain and pipes.

This tool is locally available in the local hardware stores near you. Hydro jet pressure forces a powerful stream of water into the clogged drains and dislodges every loose sediment clogging water pipes. However, hydro jets might not remove solid particles that need to be loosening first. Using the hydro jet method is safe for your pipes as compared to using a plumbing snake.

7. Excavation of the water pipes

If the clogged pipes are underground, especially the house-main drainage at the backyard, you should contact a qualified plumber to check the exact location of the blockage. After excavation and locating the blockage, a plumber will advise whether the pipes need unclogging, replacement, or just a minor repair. If pipes need unblocking, then the plumber will unblock them using the necessary tools. 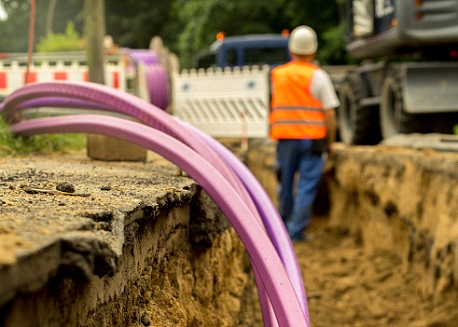 By pouring hot water in the clogged drains, it loosens the blockages; this method is very effective with metallic or ceramic pipes; never use hot water in PVC pipes because hot water loosens joints in PVC pipes. If the cause of clogs is cooking oil, then it can dissolve well when hot water goes through the drains, hence make it flow with ease; cold water solidifies fat or oil, especially in the kitchen sinks.

A blocked toilet can be nausea in the home and can cause a stench; if you realize your toilet clogs, then you can use dish detergent by pouring a quarter of a bowl into the toilet; it will act as a lubricant and breaks up greasy sediment and tissue papers. Then pour hot water and use a plunger to force off the particles.

10. Use of a long flexible wire

If the blockage is just a minor one, like the kitchen sink becoming slow draining water, then take a flexible hanging wire, straighten it, and insert it in the sink drains, twirl the wire round and round repeatedly until the clog is loose and can flow with water. If this method does not work then open, the adjustable joints belong the sink and remove the dirt, then return them as they were. If using a wire does not work, then buy a plumbing snake and use it to unblock it.

Sodium hydroxide is also known as caustic soda, is a chemical that causes burns on the skin if you are not careful when handling it. This chemical is locally available in the store hardware near you. When preparing the caustic soda, then put on a facemask, gloves, and pour ¾ of a gallon of water and mix with 3 cups of caustic soda in a bucket, and stir it well using a wooden spoon.

After it has mixed well, then pour the mixture into clogged drainage and wait for 20-25 minutes, then pour boiling water into the drainage; if the first round does not unblock it, then repeat it until the clogged drain is free from blockages. 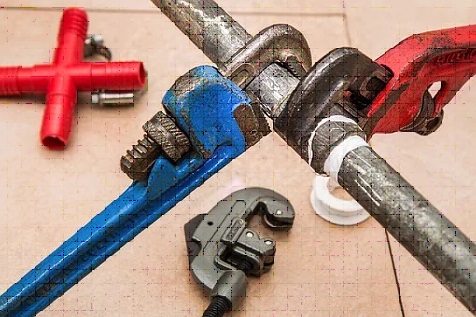 It is possible to clean the pipes; especially in the kitchen sink and hand-washing sink, you locate the joints of the sink and place an empty bucket below the U-shape pipe called the trap, below the sink where it is joint to the outlet pipe, then unscrew the joint. Let the particles that might be clogging the sink spill into the bucket.

The trap collects small food particles, especially in the kitchen sink, and the particles clog the sink after some time. Remove the sediments and empty them into the bucket, then return the trap as it was.

There are several causes of pipe clogging at home or in any occupied building. It may vary in different areas like the kitchen sink, toilet, and bathroom/tub.

Food particles, cooking oil and solidified soap clog the pipes. Make sure your sink is cleaned with hot water after use to melt the greasy service, sieve water that contains food particles to avoid pouring food particles in the sink. Food like rice, wheat flour dough, and vegetables can accumulate inside the outlet of the sink and rendering it to clog.

Numerous items can accumulate and clog the toilet; wet wipes, tissue papers, feminine sanitary products, and used condoms disposed of in the toilets cause clogging of the toilet drainage. Proper disposal of used toilet items will help you avoid such kinds of problems in the future.

Soap particles and toothpaste cause clogging in the bathtub if left unchecked. You should make sure you clean the bathroom/tub regularly to avoid this happening in your bathroom. Pour enough water into bathtub drains to clear soap that might have stuck inside the drain.

As a homeowner, you would not like plumbing problems later after the house is complete, consider using a professional plumber while doing plumbing work during the construction of your home because this will save you money in the future.
Use of quality pipes is the best way of avoiding some plumbing work problems later; if you use substandard pipes, then be ready in the future to have a myriad of plumbing problems that might force you to do a thorough overhaul of your drainage system.
It is advisable to have tools in your home for unblocking clogged pipes, which you can use on your own.